Kayaking And A Museum at Caney Creek RV Resort 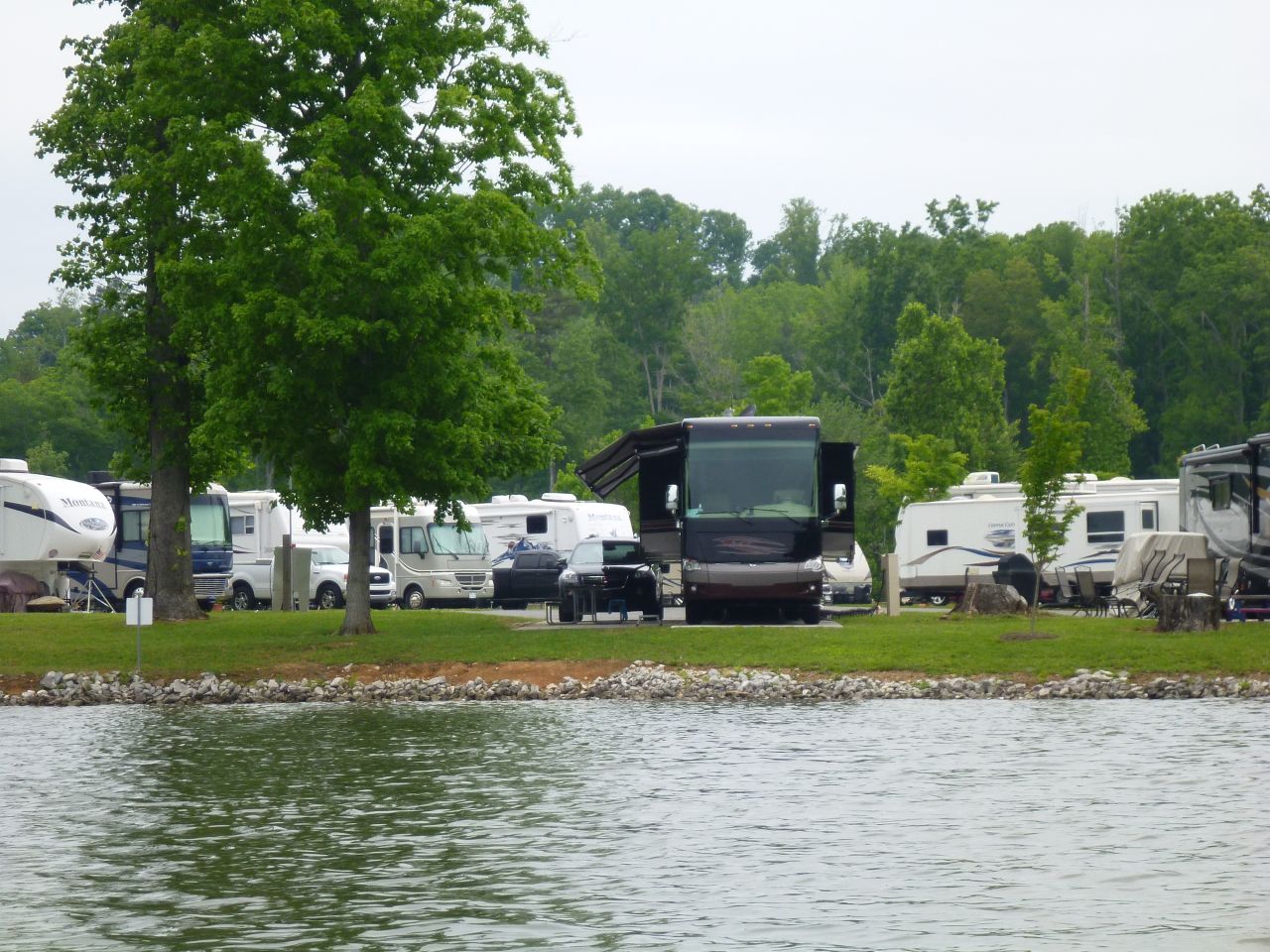 We’ve been enjoying some much needed down time since we left Red Bay and the Tiffin Service Center. We are making our way north to visit some family, however, our reservations are not until the after Memorial Weekend. So we found Caney Creek RV Resort in Harriman, TN and it seemed the perfect place to stop for a week, relax and enjoy our kayak.

We have an awesome spot right on a peninsula overlooking the water. A perfect place to leave the kayak inflated and drop it in the water any time we want.

And that we did. 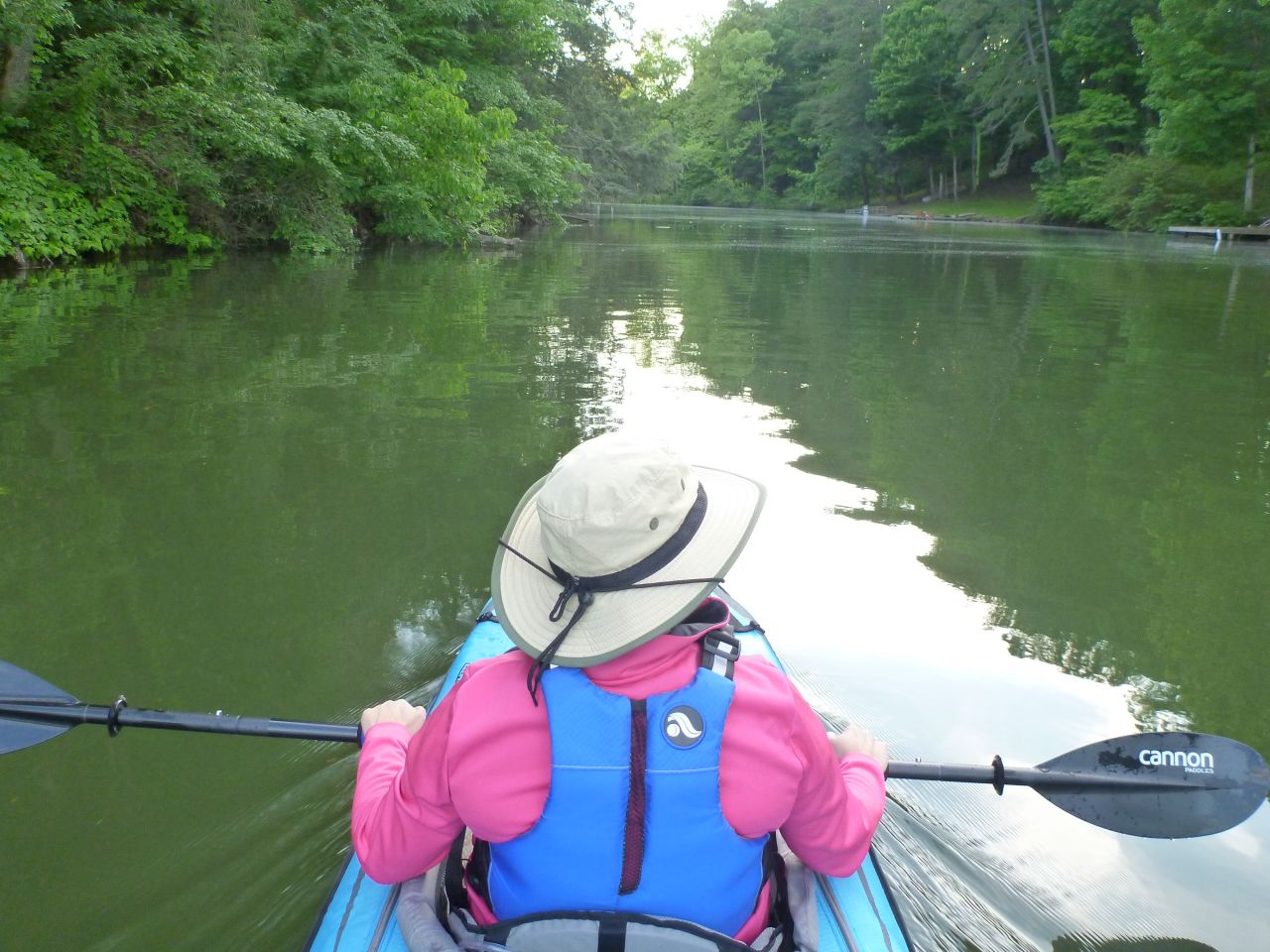 Kayaking Around The Area 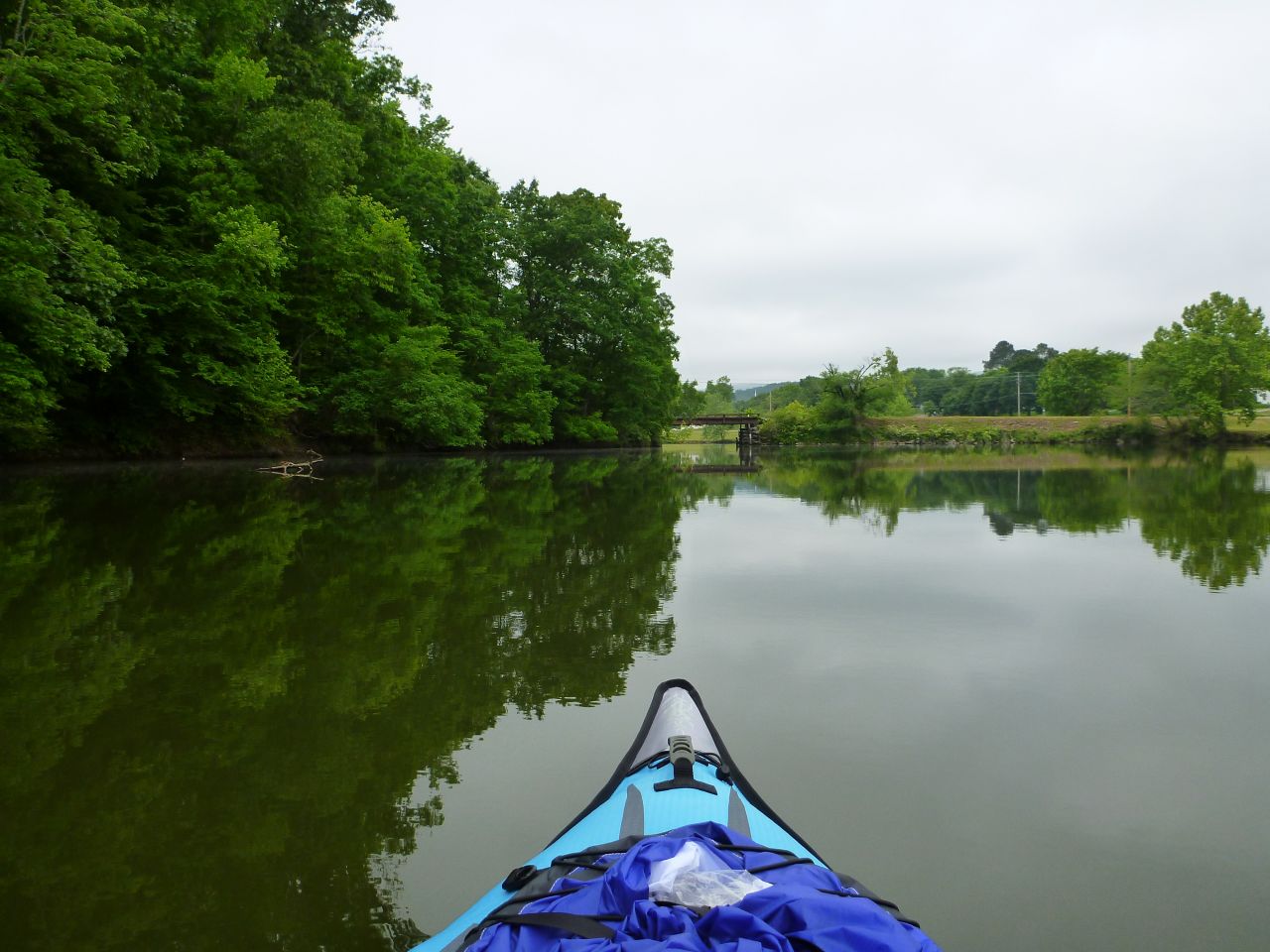 Kayaking Around The Area

The RV park is located right on Caney Creek, hence the name. Although they call this a creek, it is large enough to be called a lake. Their is a marina, several boat slips and docks along the waterway, lots of wildlife and from what we’ve seen, lots of fisherman on the water every day. You would think with all the fisherman and their boats it would be noisy but alas, it is not. The fisherman just drift around all day long casting their lines and soaking up the sun.

There are a couple other creeks that lead into Caney Creek and then Caney Creek empties into the Caney Shoals, which then goes into Watts Bar Lake and eventually the Tennessee River. A large enough water system to keep us busy for days. Although, once we made it a few miles to the Caney Shoals waterway, we did turn back around. We did not want to over do ourselves and you have to remember, wherever you paddle to, you also have to paddle back. The park is also affiliated with the local marina down the road and they rent out Pontoon boats so maybe one day we’ll take one of those out and really see what’s around.

We’ve woken up to some beautiful mornings. 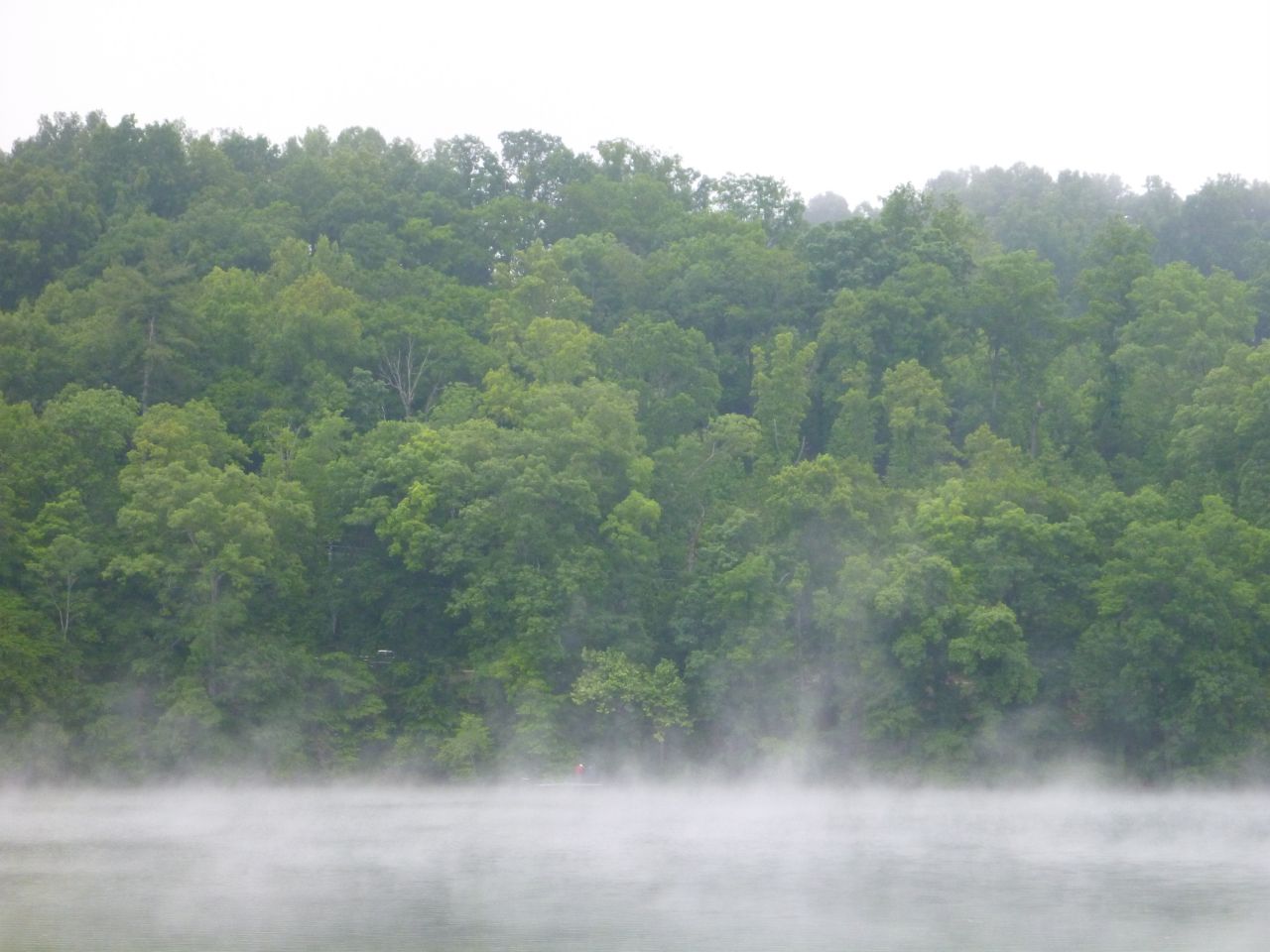 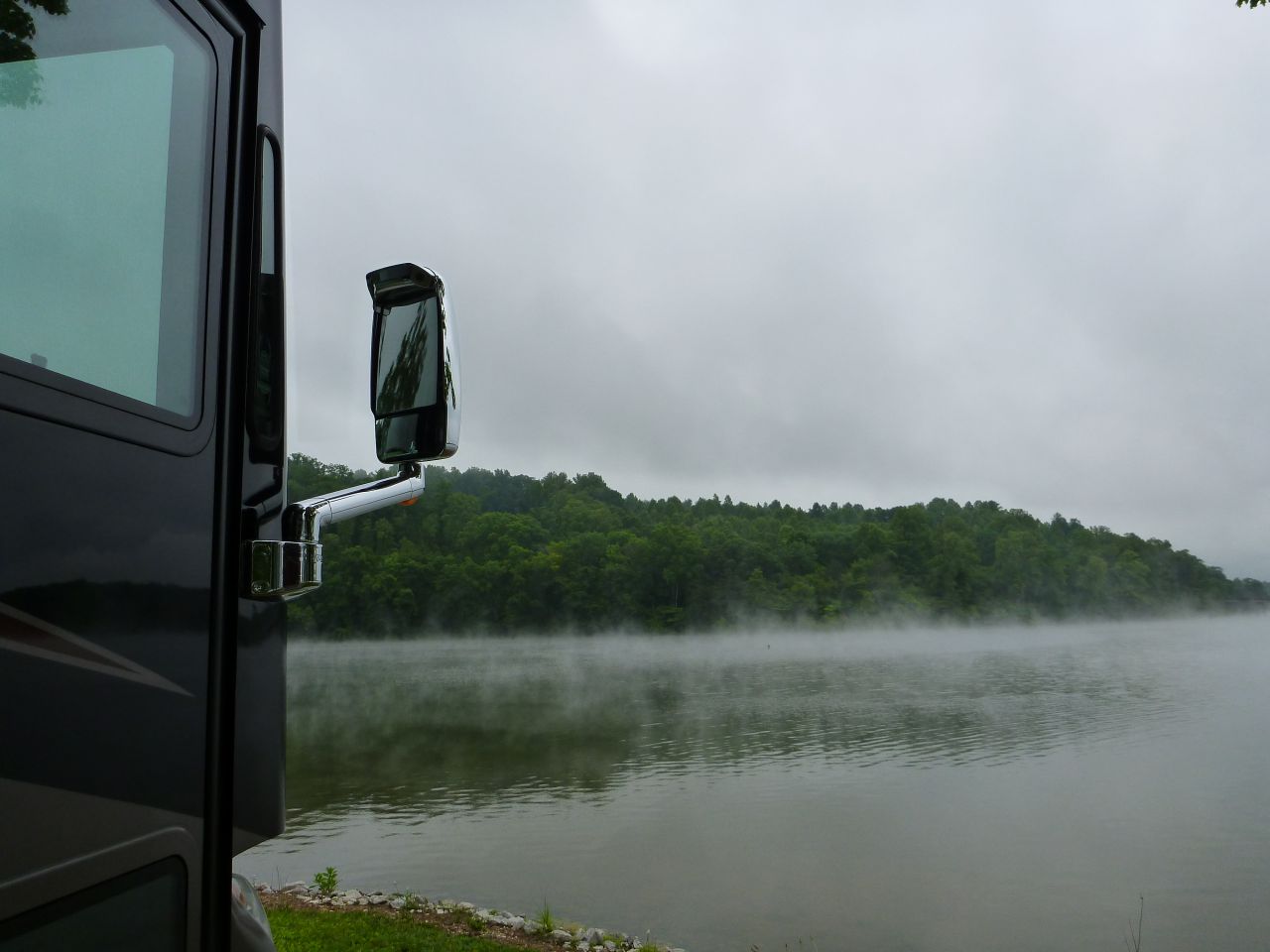 The first couple of mornings were a little cool and misty. Fog appeared and by the afternoon it was warm and sunny. Perfect for some more kayaking. 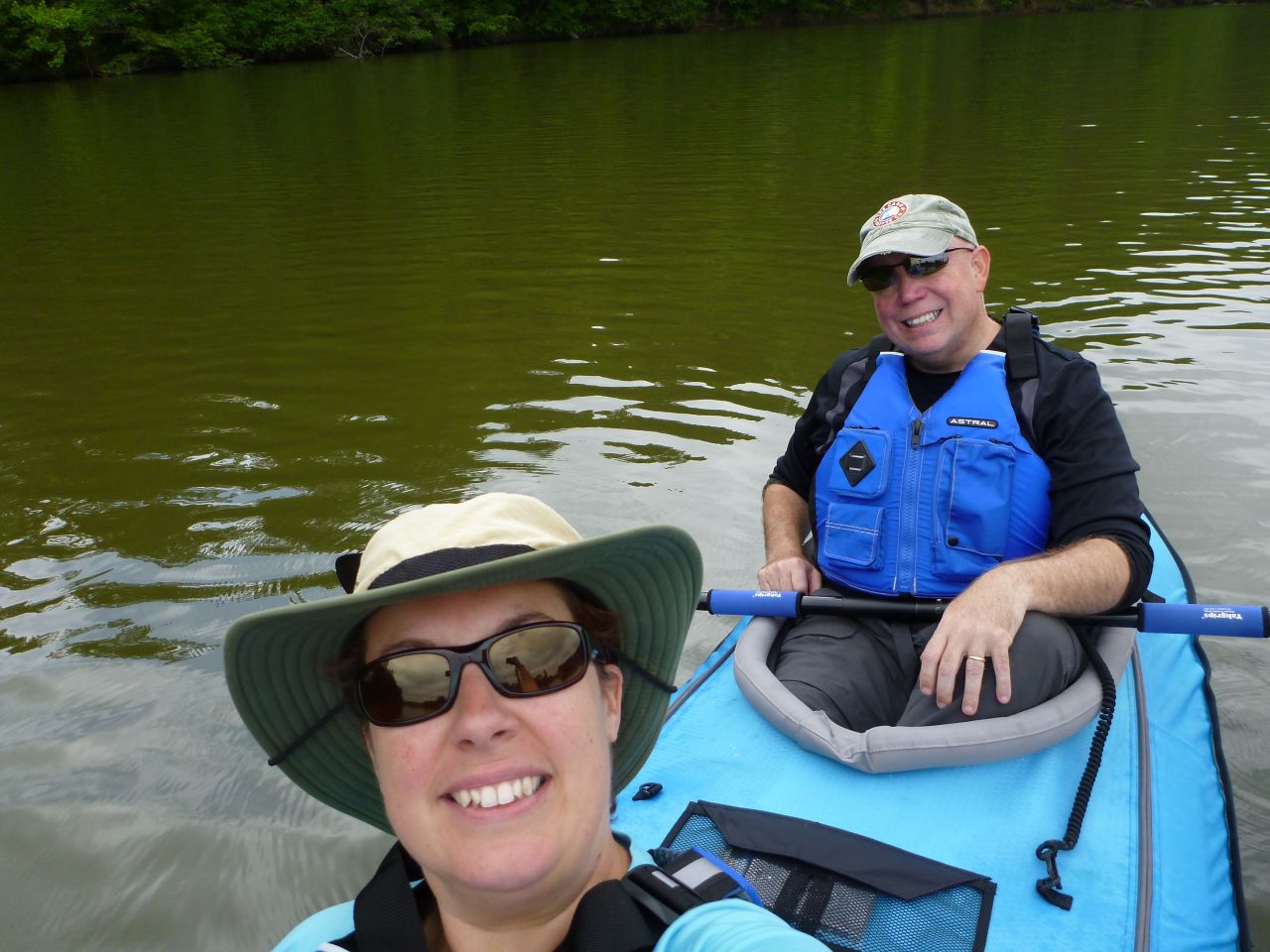 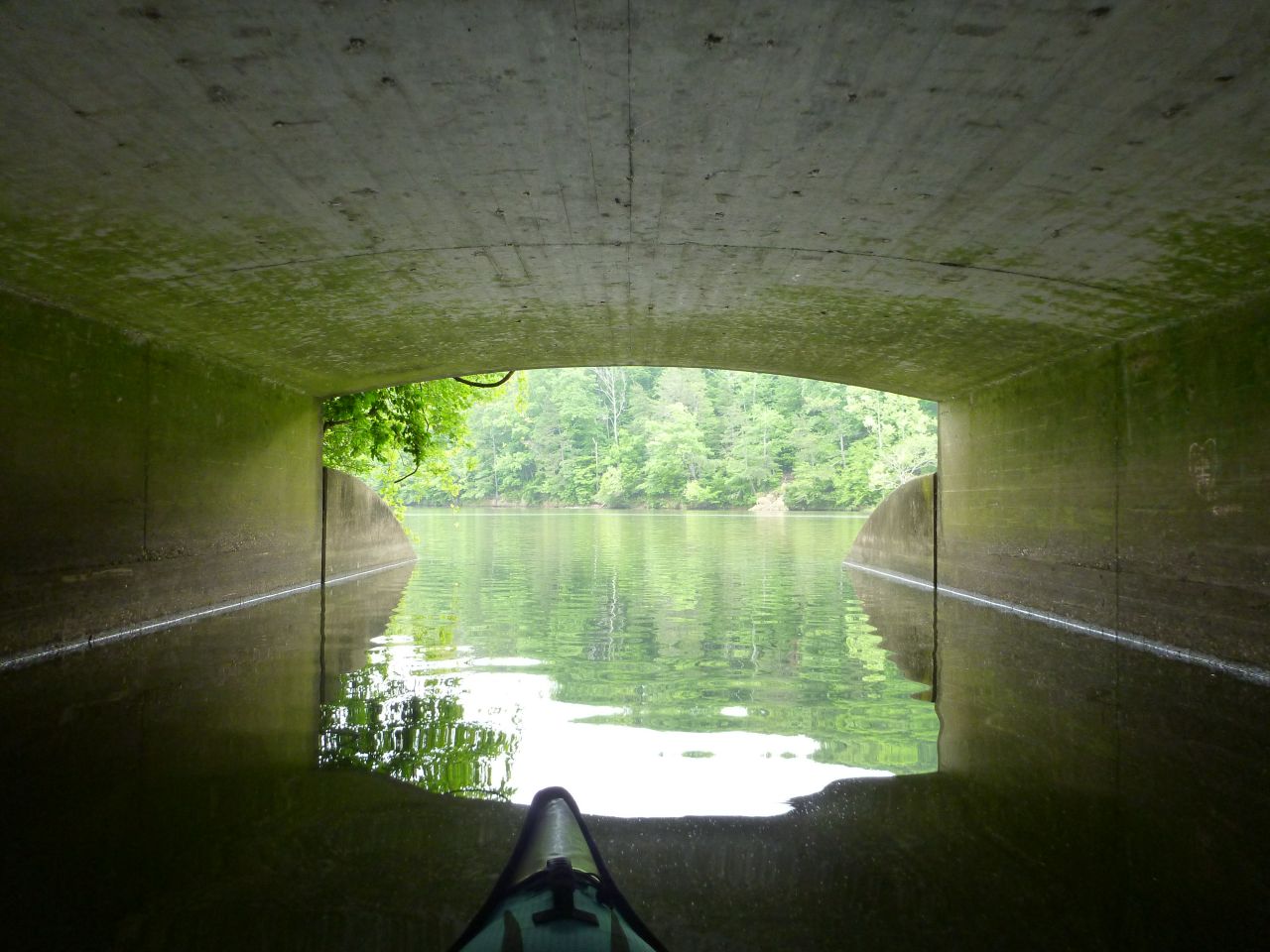 Under A Bridge To Another Creek/Lake Area

We’ve had some beautiful sunsets as well to end our lovely days on the water. 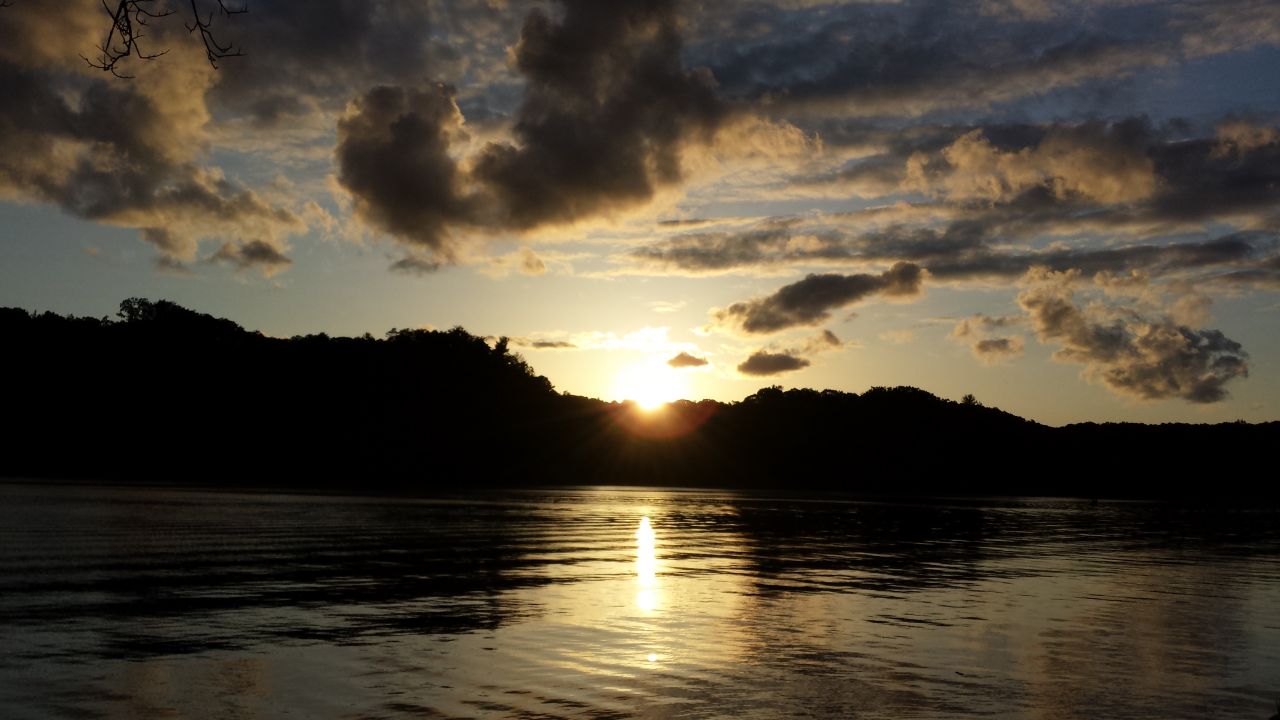 One overcast day we drove a few towns over to a place called, Oak Ridge, TN. I first heard of Oak Ridge when I was reading the book, “The Girls Of Atomic City”. It was a period piece on WWII and how Oak Ridge was specifically built, in secret, for the sole purpose of manufacturing Uranium and Plutonium and the Atomic Bomb. It was called the “Secret City” because even though it had a population of just over 75,000 and consumed more electricity than NYC, it did not appear on any map. It was built in secret and it was populated in secret. By that, I mean the people that were recruited to move and work there had no idea what they were working on. They were just promised high pay and a stable job. Back then, that’s all that you could ask for. 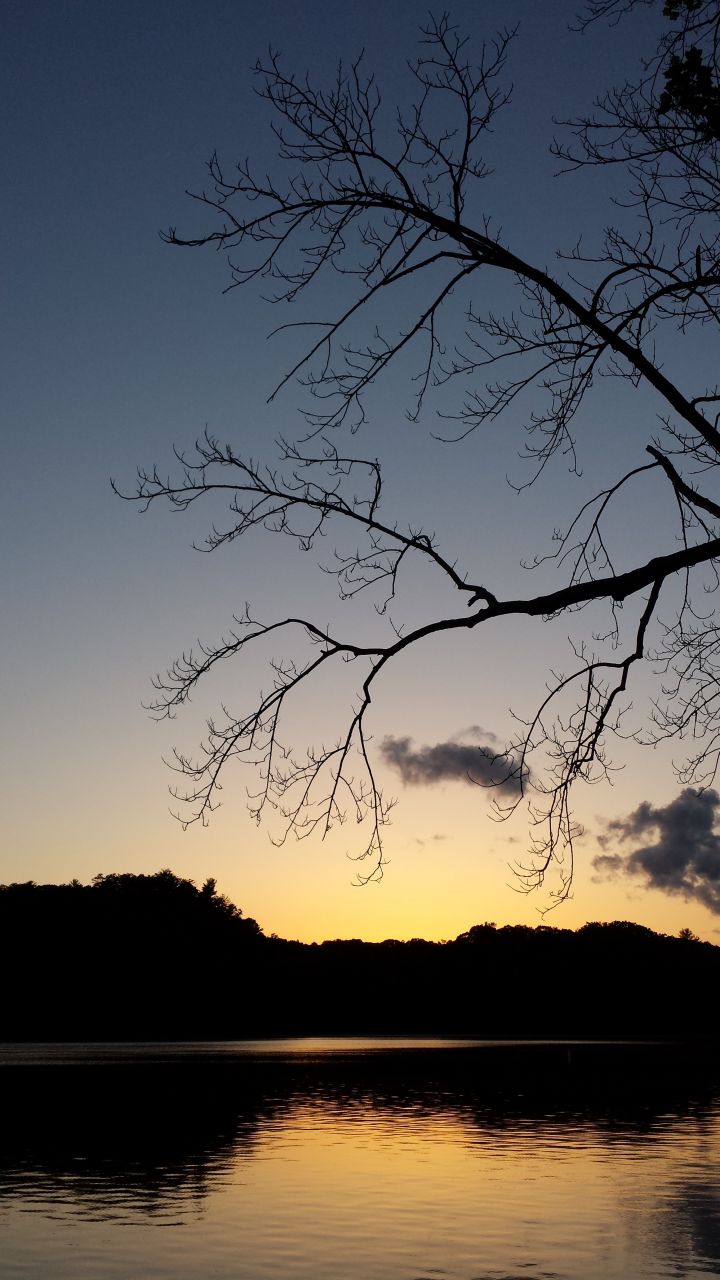 Jobs were scarce and good pay was even harder to find with the war on. They had no idea they were a significant part of the Manhattan Project. They just knew that whatever they were doing was going to help us win the war. They couldn’t talk about what they’ve seen or what they did. They could not even talk amongst themselves because every job and every person was compartmentalized. The workers only knew what they were supposed to do. They did not know what everyone else was doing nor could they ask. It was a very interesting book.

So when I saw that we were within half an hour from Oak Ridge I had to go take a look. The American Museum of Science and History seemed the best place to start. 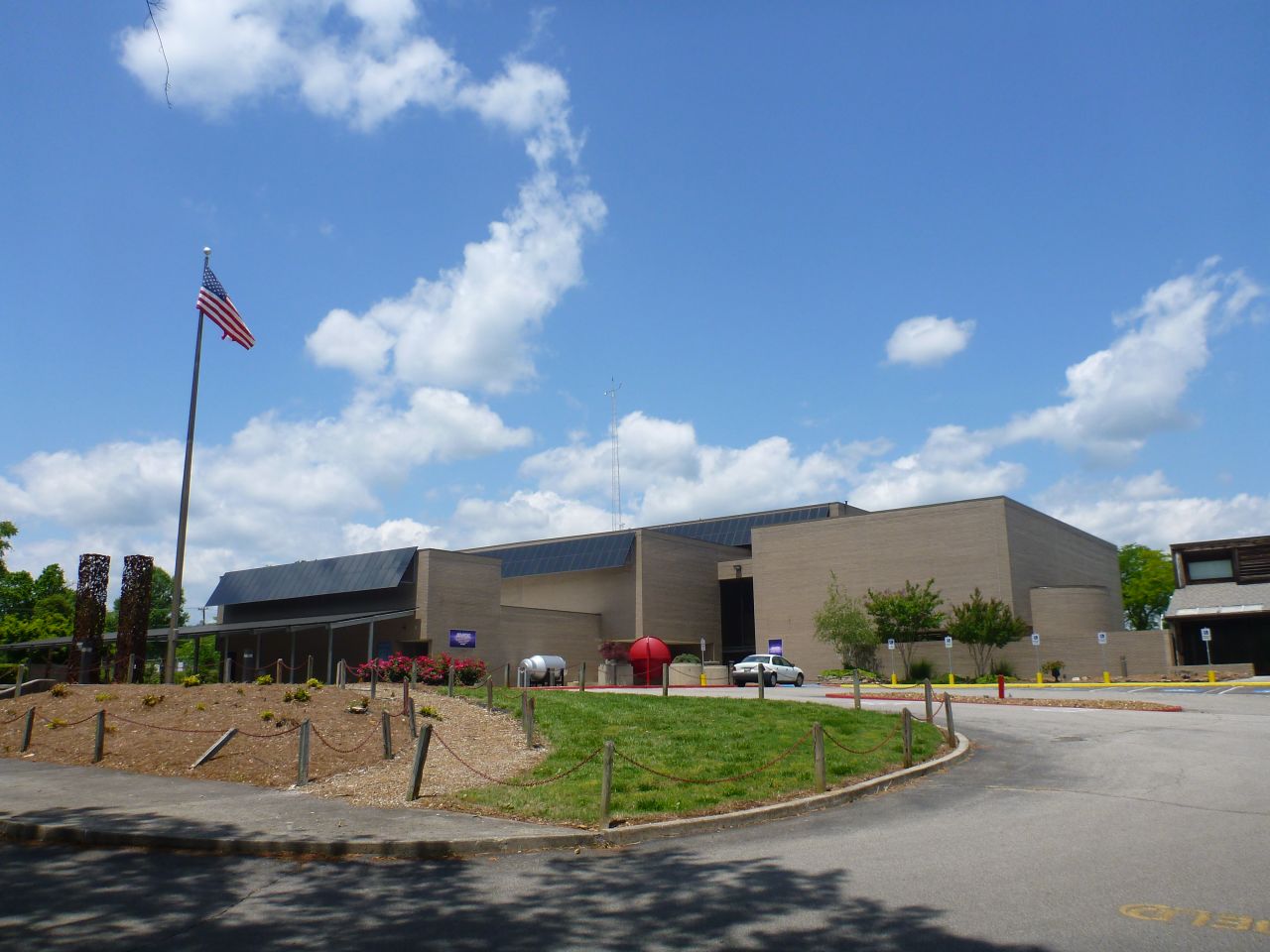 American Museum Of Science And History In Oak Ridge, TN 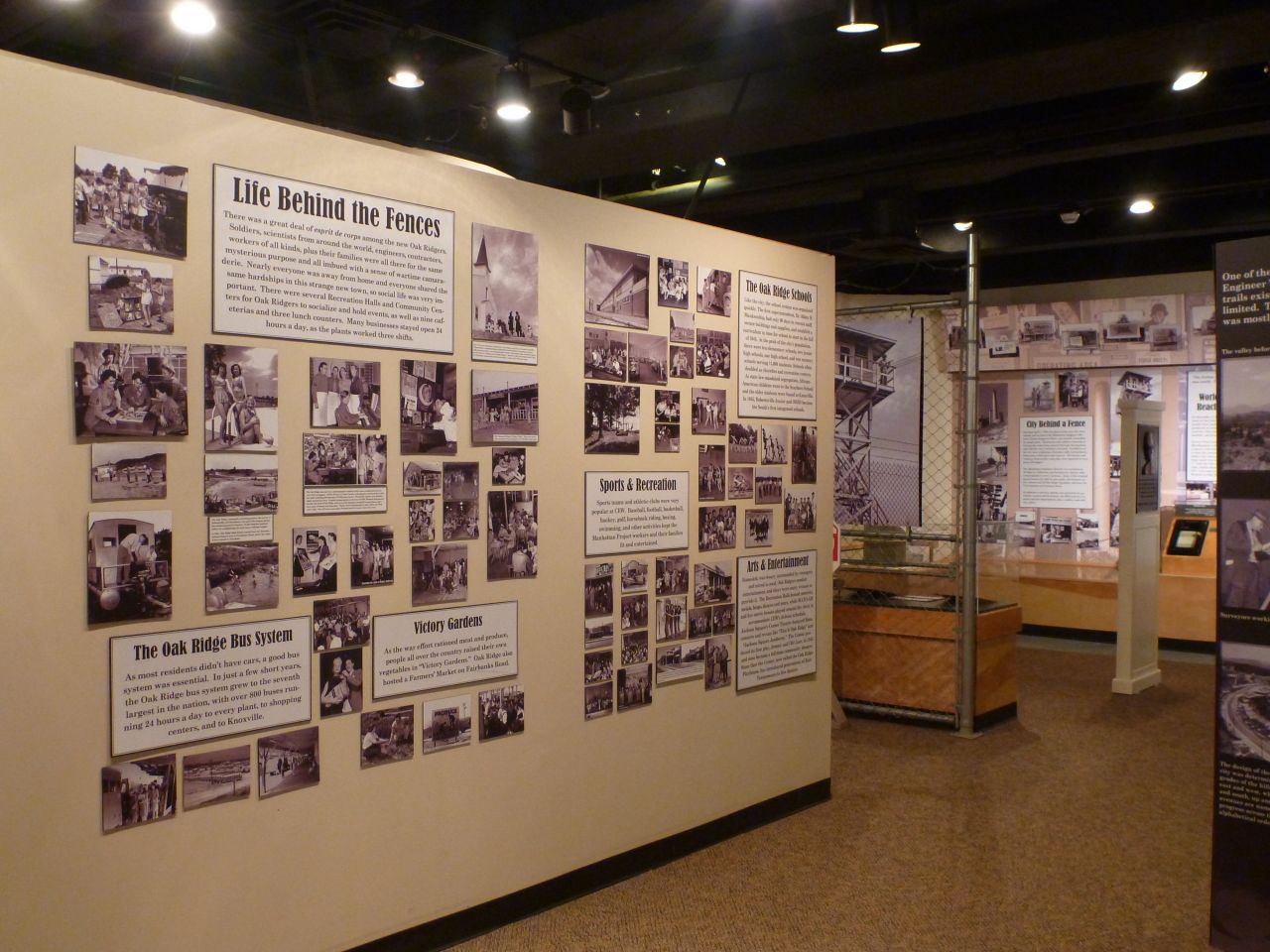 Inside The American Museum Of Science And History In Oak Ridge, TN

Although the museum gave the story of how Oak Ridge came about, I was a little disappointed in the overall experience. I was hoping for more history on the “Secret City” and the people’s contribution to helping end WWII, which it did have some. However, the museum had a lot of hands on science stuff for kids to play and learn from and more history on the overall energy that the US produces. All the way from coal, solar, nuclear and beyond.

The museum did however have an original “Flat Topped” house from that time era. These were brought in by the government to house all the employees and families living in the Secret City. Their were hundreds of them brought in that lined street after street. They were only around 575 sq ft. Slightly larger than the large motor homes out there, like ours, but not by much. 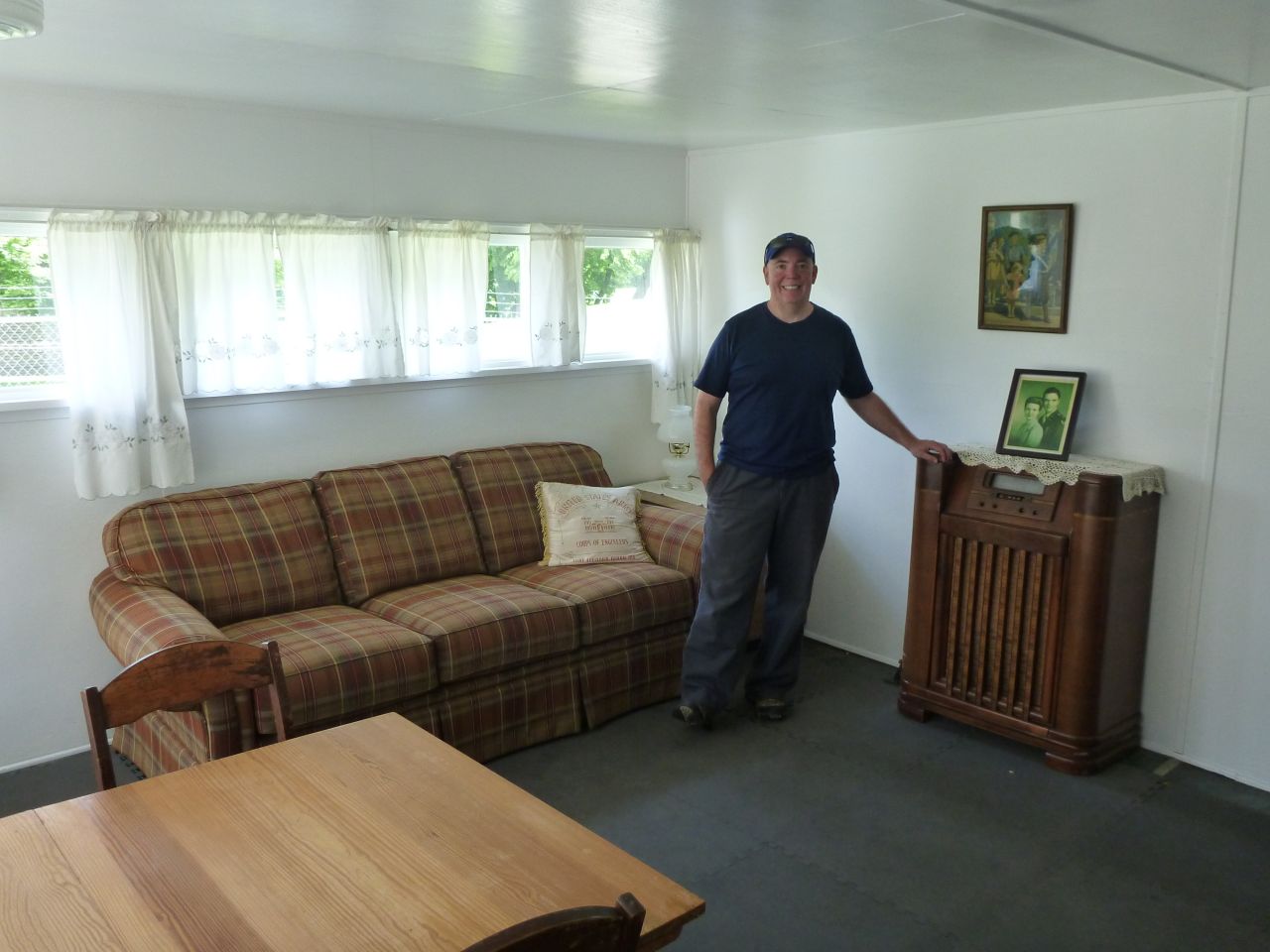 Inside The "Flat Topped" House

Today the Department of Energy runs a nuclear and high-tech research establishment at the site and performs national security work. So it is still very much an active town.

It was a lovely day to explore a different part of Tennessee and see a little bit of history. You can learn a lot more about the history of Oak Ridge and it’s “Secret City” roots in various books and in this link. 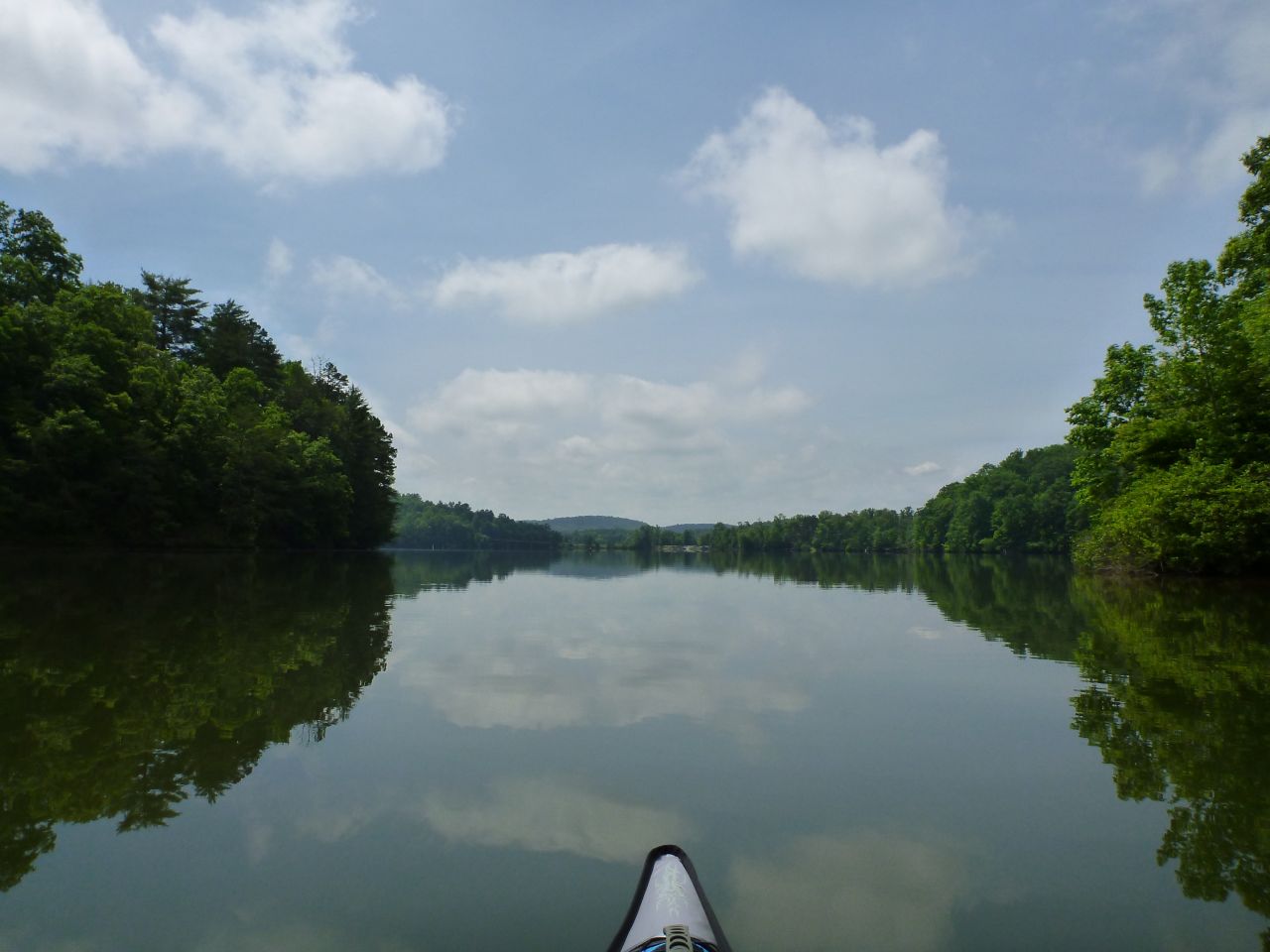 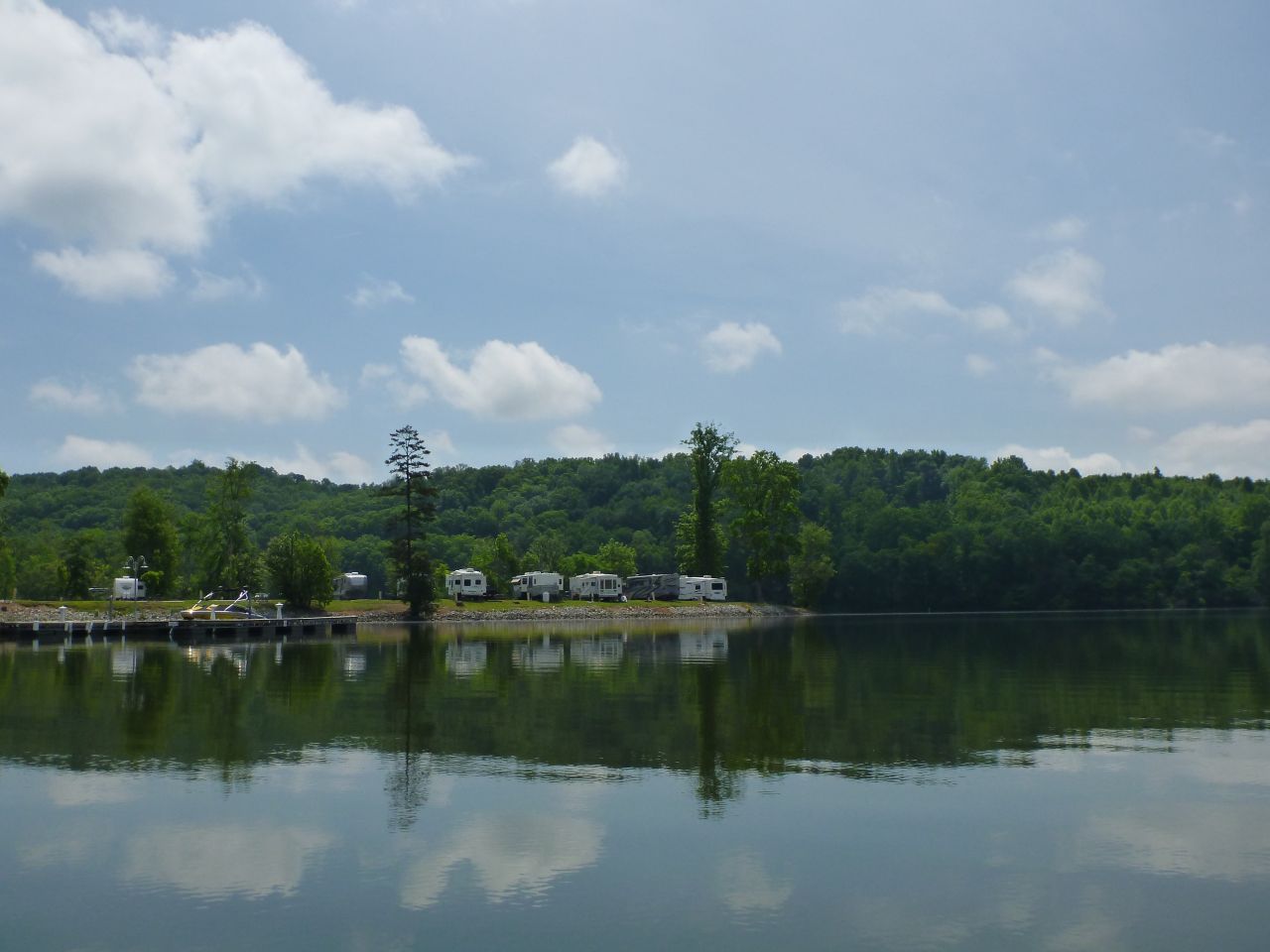 The RV Park From The Kayakers Perspective

All in all it’s been a lovely week here at Caney Creek. The people are nice. It’s super quiet (no train) and there’s grocery shopping and restaurants within a few miles from here.

David did manage to get in some flying too. He has a new quadcopter that he’s been testing along with some new FPV glasses. 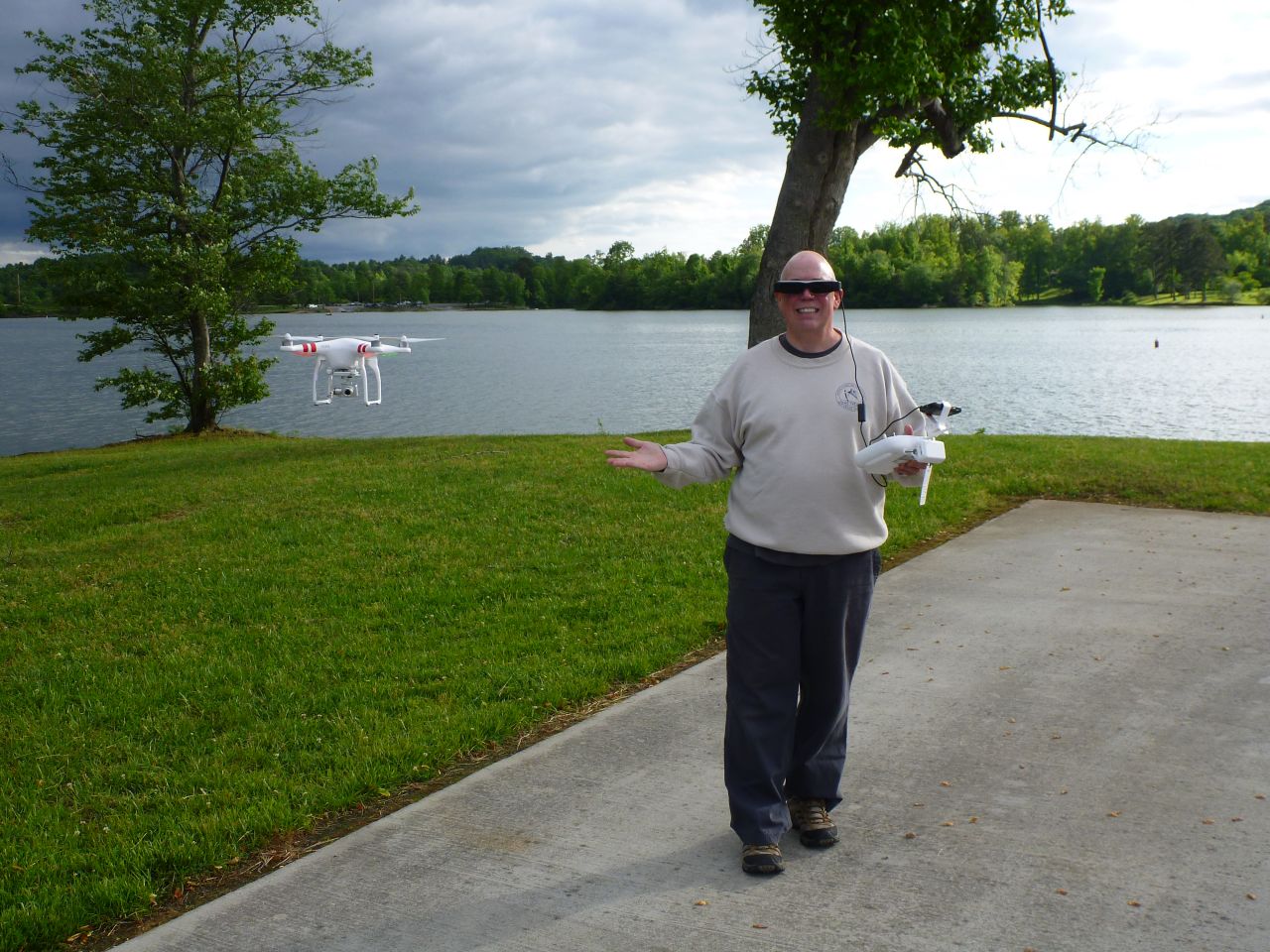 David And His New Quadcopter 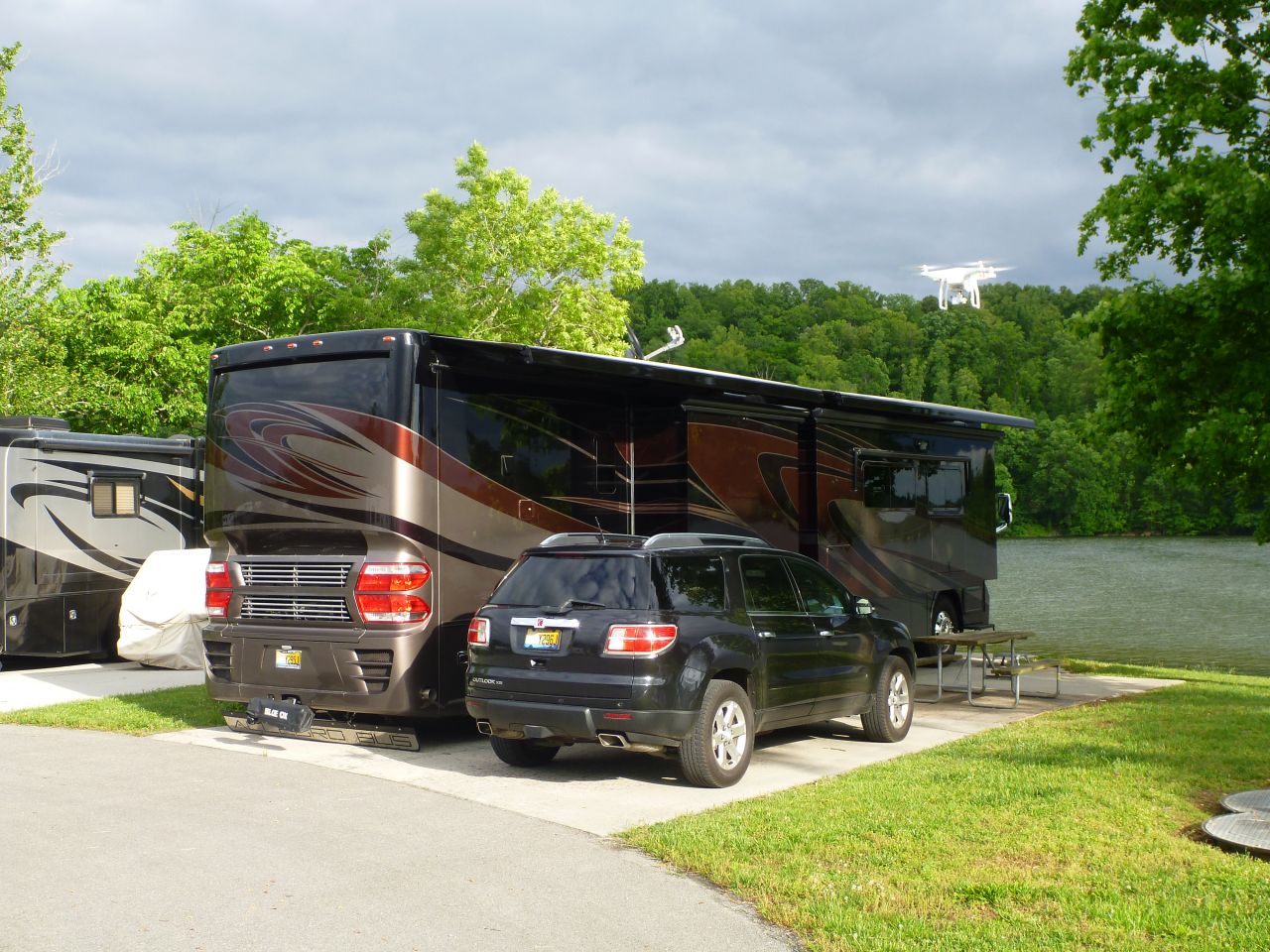 Getting Some Shots Of The New Coach

Here is a wonderful quadcopter video of the park here that I hope you will enjoy. You will see it is a great park for water views and we had such a wonderful site. If you call the park to stay, tell them you came because of the video view. :)

Yup..... that happened. Thank you Auntie Trish for