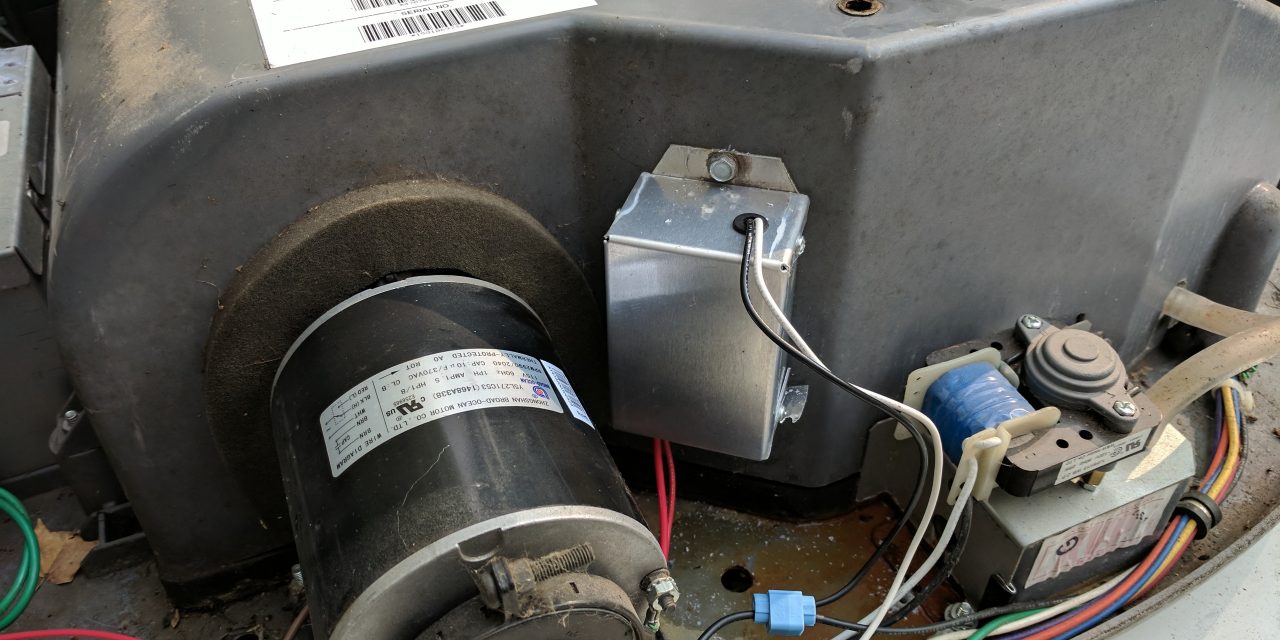 Tired of the loud, annoying, Mach 8 AC units on your coach or RV? So were we but what could you do right? Wearing headphones all the time, while they worked well, quickly became an issue when you tried to talk. (Kidding of course about the headphones. After all, Brenda and I never talk.) Well, a company named Orbital Machine Works came out with a solution and it was not until recently I was made aware of it. They designed and sell the Mach 8 AC Hush Kit to make these noisy air conditioning units much better to live with. So, I bought one to try and then quickly bought two more!

The Mach 8 Hush Kit is more or less a simple controller that goes inside your air conditioning unit that will slow down the external condenser fan when you are running in LOW fan mode inside the motorhome. It is our guess that most of us run our units in LOW fan mode. We say this because, let’s face it, that squirrel cage fan inside really makes a lot of noise when running in HIGH mode. But what you might not realize, is the outside fan never changes in speed. Even when on low setting on the inside fan, the outside fan is always running at full speed!

When the Mach 8 Air-conditioners first came out they had a totally different fan in them. These fans were extremely noisy and the manufacturer had no choice but to come up with a new fan blade to quiet them down. In doing so, the new fan actually pulls more air than the AC actually needs to do it’s job. Which is actually a good thing because that means we can now also slow down the external condenser fan and thus greatly reduce the noise level. And that doesn’t mean just the outside noise, that also means the inside noise, as well there is less vibration and hum from the outside fan! 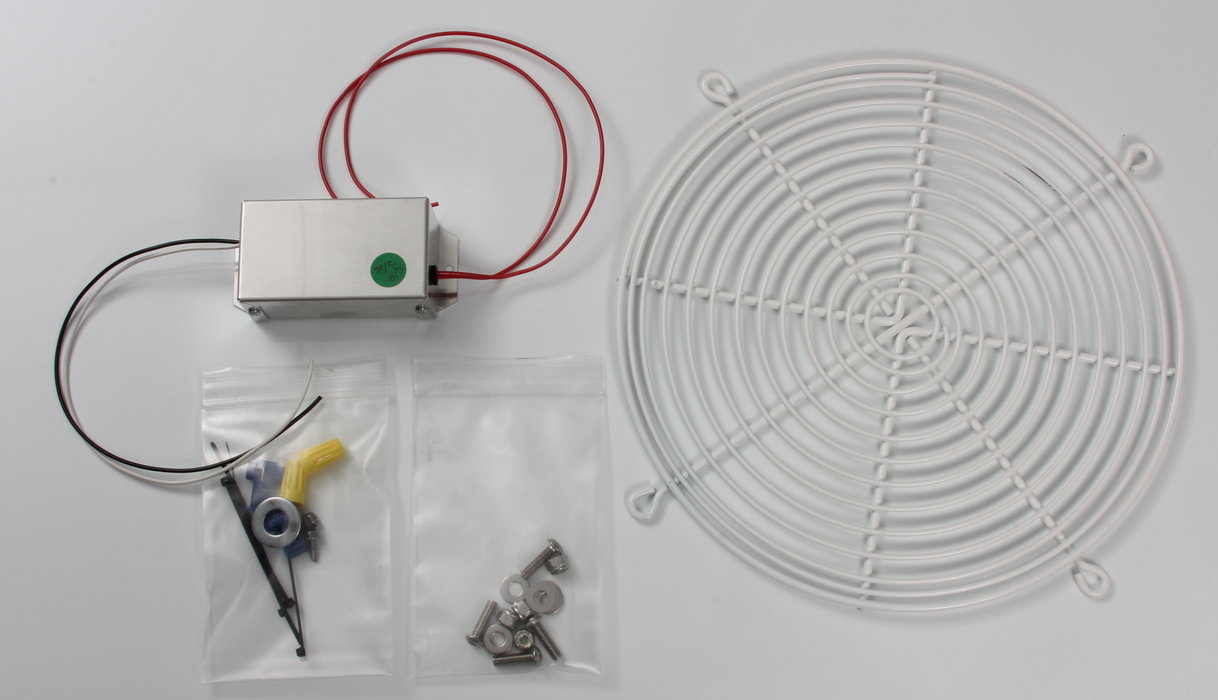 More or less there are two main parts of the kit, the controller and a new grille. The grille, as you will see, was also greatly needed as it has so much less resistance to the airflow resulting in lower noise.

It shocks me to say the least, that none of the engineers said.. “Hey, we can make this more quiet by reducing the air friction just by opening this up some.” Wait until you see the difference in the video.

Now pay attention as this is VERY important…You must have the correct compressor fan in your unit! You MUST HAVE the current D Series three bladed fan that became standard on the Mach 8 unit back around mid/late 2015 if I recall correctly. If you do not, you surely want to purchase the correct fan directly from your RV Manufacturer, a dealer/service center, or directly from Coleman/Airxcel. This is a MUST, you MUST have the correct fan, so get up on the roof and look inside the grille and see if you have a 3 bladed fan. If not, with a simple search and you can source the part. Sometimes Orbital Machine Works, the marker of the Hush Kit, will also have some in stock. 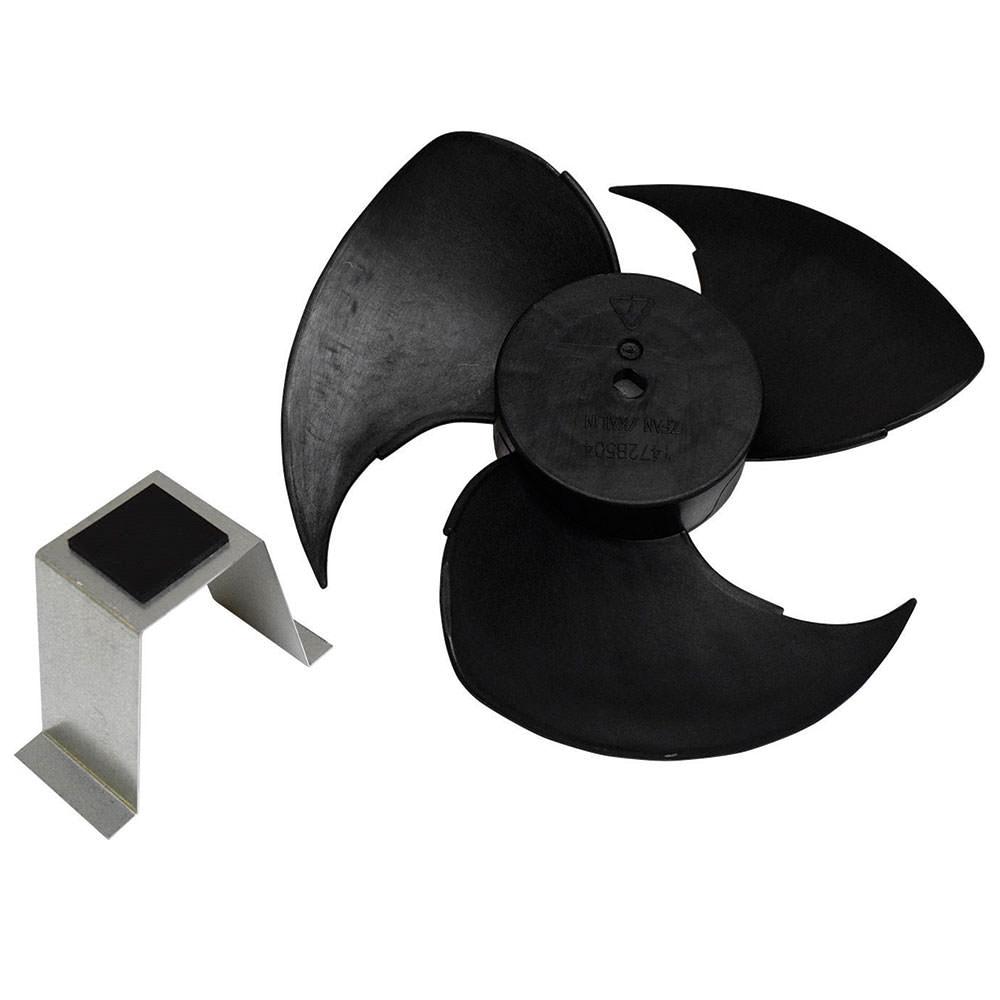 In any case, here is the video which is me talking about it and doing a full install. If you care to just see the results after all the work was done, you can jump to the 13:25 point in the video.

And please, if you like our videos, please click the Thumbs Up as it helps. And if you are not subscribed yet to our YouTube Channel, please be sure to click Subscribe which is right there in the bottom right corner of the video. :)